In this series of articles I will discuss WeiTch, an open source messaging protocol for Bitcoin SV.

Twetch, and its recently launched competitor Weiblock, are Web services which allow users to publish content on the BSV blockchain (Bitcoin SV, also known as Bitcoin). In order to publish content, users need to create a Money Button account, which both serves as a Bitcoin wallet and as a user account. Once the account is created, users can login (using Money Button SSO) to the platform of their choice and swipe Money Button to post messages on the blockchain. Those messages broadcasted on the Bitcoin network (and included in blocks) are extracted by Twetch and Weiblock applications, processed and rendered on their fancy-looking websites, so that users can see what other users swipe, interact with the content and publish on the blockchain. Those applications are an alternative to microblogging platforms such as Twitter, and while Twitter keeps the published messages on record in their own datacentres, the published messages here are kept on record publicly on the decentralised Bitcoin blockchain. However, despite those messages being publicly available, Twetch and Weiblock do not use a standardised messaging format, which means messages posted on Weiblock are only visible on Weiblock and messages posted on Twetch are only visible on Twetch. At first, this seems understandable, as both platforms are businesses and their profits come directly from users. I believe their business model is not only compatible but would also benefit from using a standardised protocol and sharing the user base. In this first article I will explain why I consider a standardised messaging protocol to be important, how those applications and future applications can benefit from it and what would be the positive impact on user experience.

Before I begin, I first need to clarify the definition I will use for "messages" in the context of my articles.

A message is a set of information contained in a Bitcoin transaction,  formatted in a specific way to carry the necessary information in order to perform certain actions such as: publish, interact and update data at application level.

A couple of examples...

4. I wish to edit my Weiblock profile:

6. I wish to mute a specific user (hide all his posts and interactions with me):

8. I wish to send a private message to a group of users:

A few technical problems to solve...

As you can imagine, designing a standardised protocol cannot be that simple. And the above messages, if used as such, have serious security flaws.

What the protocol mainly needs to resolve are the following aspects:

Lack of authenticity would mean that anyone can craft messages for anyone else's Money Button. For instance, if I (MB4070) wish for Marquee (MB271) to mute Elon Moist's account (MB2022), I would just submit a transaction containing the following message:

A solution to this problem is using cryptographic signatures.

My Money Button wallet signs the message and appends the signature:

The key used to sign the message being tied to a wallet, any application is able to verify that the content is authentic and was published by the Money Button wallet mentioned. But in this specific case, the application will attempt to verify the signature using the message owner's public key (MB271), which will not match with the provided signature because the signature appended was faked (as I don't know MB271's private key to produce a valid signature).

Applications would therefore ignore messages that don't contain a valid signature by default.

Another issue caused by allowing users to broadcast their own messages is the likelihood of replay attacks. If a user wishes to perform a malicious action on the application, such as liking a post more than once, he could attempt to send the following message in several different transactions:

This problem cannot be solved using the protocol itself, but must be solved at application level by the application's own logic. When the application pulls transactions from the blockchain and processes conflicting actions or actions that have already been performed, it needs to apply certain rules. In this specific case, the application should ignore any LIKEPOST actions from MB4070 for the post  fe32f029b77..[TX_ID]..d2d341147d5305 after the first message of this kind is processed.

For instance, if MB271 has broadcasted the following transaction to mute MB4070:

Then, MB4070 shouldn't be allowed (at application level) to send a private message to MB271, but the message can still be broadcasted on the blockchain:

When the application processes this message, it will verify if in its own local database MB271 ever instructed to mute MB4070. If that's the case and MB4070 is still muted, then the message will not be displayed to MB271.

4. What about the other issues?

By default, what the protocol cannot handle must be handled by the application's logic. You might have thought of:

I will detail some of those issues in other articles.

Benefits for the business

After playing around with Twetch and Weiblock, I now have a good understanding of the proprietary messaging protocol that they use respectively for their platform. There is good, there is bad, and there is ugly.

As an example, this is a non-exhaustive list of malicious actions that can (or could) be performed:

Using a standardised protocol will help those platforms and similar platforms fix and avoid making similar mistakes in the future. A well-designed, universal and secure protocol can benefit all. It will also help those platforms focus more on front-end application specifics such as fancy and useful features for a better user experience. Which is what users value and why users will pay the fees for those platforms to have their messages processed there.

Finally, other applications will be encouraged to activate optional "pay PlatformX fees" options where users can choose to pay additional fees for their message to reach PlatformX: Twetch, Weiblock or any other platforms, at the same time using a single transaction.

Benefits for the users

The number one benefit for users is that they would theoretically (and if they pay the right fees) have their messages processed by more than one platform at once.

If he wants to post on Twetch only, this is how his transaction (TX1) would look like:

If he wants to post on both Twetch and Weiblock, this is how his transaction (TX2) would look like:

Since both platforms understand the protocol, his post will appear on both. He will, however, have to pay for the correct amount of fees for each platform, as otherwise his message might be rejected (not processed) by the platform(s) for which he underpaid the fees.

This way, MB4721 is able to reach communities that prefer to use Weiblock, to receive likes, replies, followers, etc. for his content on both Twetch and Weiblock platforms. All that with a single Money Button swipe of his message.

For users, availability of their messages and interactions is important. If one business fails, users will wish for someone to build an application to revive the social interactions. Currently this is not something that can be developed easily using Weiblock or Twetch protocols as it requires dedicating time to reverse the protocol (and debug...), build an application that processes all messages properly (something I doubt is achievable accurately due to numerous proprietary protocol issues) and finally, adapt the platform to guess unknown off-chain transactions (data stored on Twetch's own database and Weiblock own database that was potentially lost). Users would therefore benefit from a universal protocol: if one platform goes down, all their messages can effortlessly be retrieved and processed by another platform.

Finally, users will not be restricted to using one single platform. They will have the freedom to decide which one they prefer to use to interact with everyone. Which will help during downtime, but also connect people instead of being divided across communities: are you on Instagram or on Twitter? Are you on Twetch or on Weiblock?

This first article was an introduction to why a standardised messaging protocol can benefit us all. It was intentionally high-level and did not dive into the protocol specifics. By raising awareness about the importance of protocol standardisation due to the imminent emergence of visionary microblogging blockchain-powered applications I hope we can work together to build essential and well-designed tools our developers need.

Please give me your thoughts and suggestions in your comments. I will try to dedicate time to write the next part of this series of articles as soon as possible. 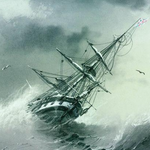 Smocking hopium shills - Don’t do drugs kids. Don’t be a metashill. BSC is the real Bitcoin. Keep it quiet and pretend everything is fine. 🤫